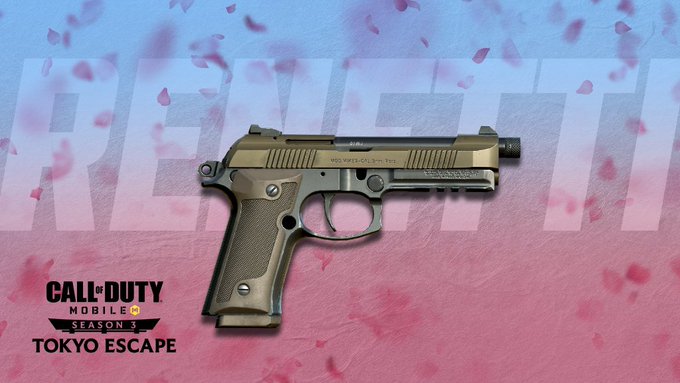 💥 Both the PP19 Bizon & the Renetti are coming to #CODMobile as a part of the new season!

New Maps for Call of Duty: Mobile Season 3!
Oasis and Coastal are two new multiplayer maps in COD Mobile’s third season. There is already an Oasis map accessible for multiplayer play; however, the Coastal map won’t be added to the collection until later in April.

Near-to-mid-range battleground Oasis features tight passageways, water features, and more. Oasis will be no stranger to anyone who have played Call of Duty: Modern Warfare 2. In addition to the desert theme, the map hosts a Desert Sanctuary event where players can earn rewards by completing tasks. Oasis 24/7 Playlist, the prominent tab in the multiplayer mode, will allow players to go immediately into Oasis.

When Call of Duty: Mobile gets its new Coastal map later this month, players can expect a lovely seaside village environment. A much larger map than Oasis, this one features a festival-themed aesthetic and a plethora of ocean views. According to the game’s makers, Coastal is designed to be played in a “Search and Destroy”-style mode, which emphasises teamwork and tactical combat.

There are some new weapons in the third season of Call of Duty: Mobile.

The PP19 Bizon and the Renetti have both been added to COD Mobile as part of the new Season 3 update. The PP19 Bizon is an SMG that can be obtained at Tier 21 and boasts a fast rate of fire, low recoil, and a quick reload time. It is best suited for close-quarters warfare. Damage is 38, and it has a fire rate of 80, with a precision of 60.

A high-recoil pistol known as the Renetti will be added to the game in future versions. Snipers, assault rifles, and other long-range weapons can be used in conjunction with the pistol’s slow fire rate.

In the Season 3 update for Call of Duty Mobile, new operator skills and perks have been added.

Additionally, a new operator skill and perk will be made available in the future by the game’s creators. The Bull Charge operator skill will be unlocked as part of the Battle Pass Tier 14 upgrade process. Essentially a shield, the Bull Charge lets players plough through their opponents. You should be aware of this: The shield exposes your side, but it also allows you use your handgun while your shield is up.

In addition, a new Battle Royale Class called Spotter is included in the Season 3 update. As a Spotter, players can summon cluster strikers, reveal surrounding foes, and speed up the reloading of their rocket launchers, among other things. The Battle Royale class will be available later in the season as part of a special event.

Season 3 of Call of Duty Mobile has added new modes.
Additionally, two new game modes have been included as part of the Season 3 update: Sword and Stones and Night Mode. Version 2 of Night Mode adds a battery to the night vision goggles, whereas the original Night Mode launched in Season 11 last year. Due to the developers’ belief that this will allow for new tactics and gameplay elements, players will be unable to have their night vision on for the whole match.

This mode is an extension of the Stick and Stones game, bringing a sword Hachi as the default weapon for melee combat. The anger buff that comes from killing foes with Hachi enhances both movement and attack speed for the player. The Shadow Blade operator skill will also be available via airdrops in this mode.